​Deepening in Self Realization

These events are being held at a beautiful private residence in Goring-By Sea, only 2 minutes from the beach.
LOCATION DETAILS HERE

Diving Deep into all that is Real and True

After ... the price is £70 per day
Sangha members get a discount at the door.
Participants will also receive audio files for the meetings attended.
Recent testimonials from participants... 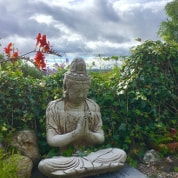 ​After seeking for far too long I finally made it to the Oasis of Truth, which is Ananta's Satsang.

I had been meditating on and off for twenty years (Vipassana,TM, Kriya Yoga). I had gone through several  periods of what, for me, was fairly intense sadhana having several spiritual experiences along the way. About 2 years ago (thankfully) my seeking took a change of direction and I began to hear the words of truth in the nonduality teachings (mainly assisted by listening to some of the ND teachers on Buddha at the Gas Pump/ Conscious TV). I could tell that some of these teachers, including Ananta, were coming from a place of deep truth. Something must have landed and seeking out a realised teacher became a priority: I went to a see Mooji, and some others, and then magically ended up at an intensive weekend with Ananta in Glasgow.

Everything changed that weekend for I had a first encounter with my true Self and dropped into that part of my being I had been looking for all my life: another dimension seemed to open up in me and during the breaks, and following Ananta's directions, my mind really slowed down: it felt like bathing in warm honey.

I can only think that by grace I was able to receive some of Ananta's own peace.

I must add that I am aware that this is only the beginning. Now starts a process of what Ananta calls 'emptying',  but with her expert guidance, she's been doing this for over 20 years, at least things are moving in the right direction.

THANKYOU ANANTA for your fierce commitment to truth and the beauty of your True Being.

Much gratitude for the wonderful Satsang Intensive earlier this month. It was such a beautiful expression of truth — so clear, direct, powerful and simple. The effects continue to reverberate through me as I listen to the recordings. There are many beings currently offering wonderful events in the fields of spirituality, Shamanism, Tantra, Satsang and so on. However, there’s something that really resonates with me about the simple, clear and direct approach in your Satsangs. Increasingly this feels like the only way as more and more people are ready to go deeper. 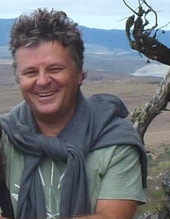 I, and twenty or so others, attended a 3 day Intensive with Ananta recently. The effects for me were layered and multiple. The warm love energy in the room was bliss alone — as tangible as a warm bath, relaxing and not-of-this-world floating, mmmm. I didn't really 'concentrate' so much on what Ananta was saying, as just allowing her gentle, warm wisdom to permeate into my subconscious.

Whilst I have been on other personal growth experiences, Ananta is unusual in that she has this ability to envelope the room with both powerful, warm, loving energy, yet, simultaneously, not so much as strip away the layers of the onion, but as to blast straight through to the core, gently, but instantly and effectively!

Above all the generous magic, she is fun, with a wonderful 'don't take it so seriously' self-deprecating sense of humour, and lots of laughter.
​
I am still realising the effects weeks later, and imagine that they will continue to recycle to help me when I need them.

Andy Robertson
UK
​Ananta holds the space of Realized Presence while sitting with a group of Awakening Beings as One.

Inviting each and every participant to engage in the deepest way regardless of levels of understanding or experience. Every Being is pure Knowing at the core and this is easy to recognize in a potent field of vibrant and Awake Awareness.

We will explore deeply the True Nature of BEing through Direct Self Inquiry in and through whatever may appear. From this point of clear seeing, old wounds can be met and brought home in a container of Love and Truth.

Each 2 hour session begins with a guided dropping into the depth of BEing where all separation falls away. Whatever is appearing is then invited and included in this intimate field of Awakened Awareness, otherwise felt as Pure Love.

These meetings are a powerful opportunity for Profound Realization and transformation.

This is a non-residential event.

​All meetings are held in silence between sessions.