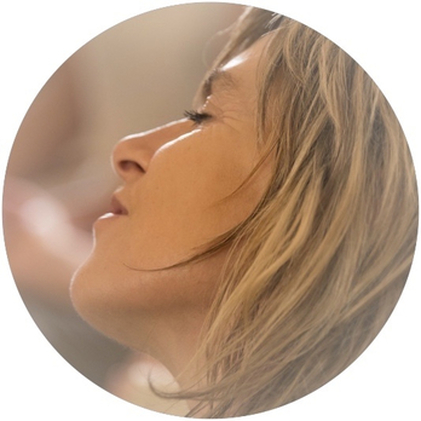 Ananta grew up in London and left England aged 19 with the strong desire to live as a Free Being. This first expressed itself through travel and lead her to Asia in 1989 where she lived until life circumstances brought her back to UK in 2017.

Searching to find the Truth of herself, Her heart was deeply called to a Master and she found her way to the Osho commune in Pune, India where she explored Meditation, Tantra and Self Awareness groups for more than 10 years. As well as working with people for several years in the healing fields, including various forms of bodywork, assisting others through trauma in a transformative, meditative way.

In 1994, Life circumstances led her into a two and half year period of silence in a Zen style retreat in Japan (otherwise known as a Japanese prison). It was during this retreat where True Freedom was realised.  Part of this amazing story is shared in her notebook hand written while on trial and has been made available as an ebook: No Way Back ~ Dark Night of the Soul “Awaiting Trial” (read a preview and buy the book here).

Ananta's life and work is Now dedicated to the Awakening of Human Consciousness, and through her own Self-Realization, her main area of focus is Now facilitating, the simple direct recognition of the realization of our True Nature, through all that appears to play in all levels and back to the ordinariness of Life itself.

Ananta’s way of sharing includes Direct Self Inquiry, similar to the investigation of ‘Who Am I’ passed down from Ramana Maharshi. Yet it has now taken on a definite ‘Ananta’ flavour and after many years of developing in her own unique way, she finds a most easy and simple way of bringing about the Direct Experience and the ever deepening embodying of this realisation so uniquely to every Being who comes to her.

Living from this point of clear seeing and deepest knowing, there is the invitation to meet all ‘unfinished business’ in Truth. This carries over into a unique expression of Divine/Humanness where All is welcome Here.

Ananta currently resides in the UK where she provides private guidance sessions, holds regular meetings, and retreats and she also has an online membership where she guides Beings from around the globe through regular Satsangs.

Ananta has been interviewed a number of times over the years and these can be viewed here.

In addition she has hundreds of YouTube and SoundCloud clips available for free at:

You can learn more about upcoming events with Ananta here, and her online membership here.
View more interviews with Ananta on our Interviews page.

​I would like to share something about my journey as a seeker... so you have a bit of background.

I started consciously seeking in my 20's after realising that what I was looking for was not in this world of constant changing experience.

I was led to the Osho commune in India aged 27, at that point he left his body and I went into a long period of aloneness and silence and entered a 10 Day Silent retreat on Mayayana Buddhism. It was life changing... from then on my spiritual search was conscious.  I was in direct experience with 'Godliness'.

Following that I spent several years in Osho Commune, Pune.  I started with a 3 day Reiki 1 Intensive and it was magical and opened me to Tantra groups.

Then I entered into Tantra groups, exploring the inner Man/Woman etc. sexuality dynamics.

Then I entered Primal De-conditioning, bringing conscious my childhood wounds and imprints, feelings/dynamics with my parents and waking up to how that plays out in my projections.

Then I went into several Awareness Intensive groups, exploring all the contents of my mind and projections, developing Presence to experience and recognising Free Awareness.

In those groups were my first Satoris.

I had literally thousands of Bodywork sessions in which I worked on the patterning and dynamics playing out through my body and in relationships. Much undoing, reshaping, unraveling took place changing the way i related in the world and in relating.

Bodywork was so powerful in bringing Freedom on all levels I fell in love with the work and knew it was my path as a therapist.

I took many mini tastes of Bodywork trainings.

I travelled to Brazil to take an Intensive course in Divine Healing, this was based in Shitasu yet incorporated many forms of healing primarily bringing awareness to all dynamics and including clearing out my bodymind traumas and opening to Prana in all ways.

Then a 3 year Gap in prison, this was a deep teaching on every level.

Following that, 6 months later I entered a 4 month Bodywork training called Osho Rebalancing which required every level of deep deconditioning, receiving bodywork daily to the point of deep screaming pain and exploring all mental emotional attachments while opening in and As love and pure Awaerness, this training included 'Osho Therapist' where we had to go through deep processes to train to be a therapist, 10 hours per day of deep internal work as well as giving daily sessions.

After that, it was clear to me that my love for this work was much deeper than Bodywork and I began to wake people up through the bodywork on the table.

I am no longer a therapist, I facilitate Awakening.

Still, all of these tools and life experience is within every interaction I have and the way I work with anybody includes all these levels.

This body is now 57 and lived through a wealth of rich experience. That's what you meet when you come to sit and open up.

It depends what you are ready for...