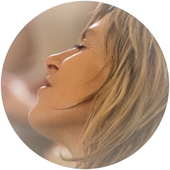 A Look at Uniqueness 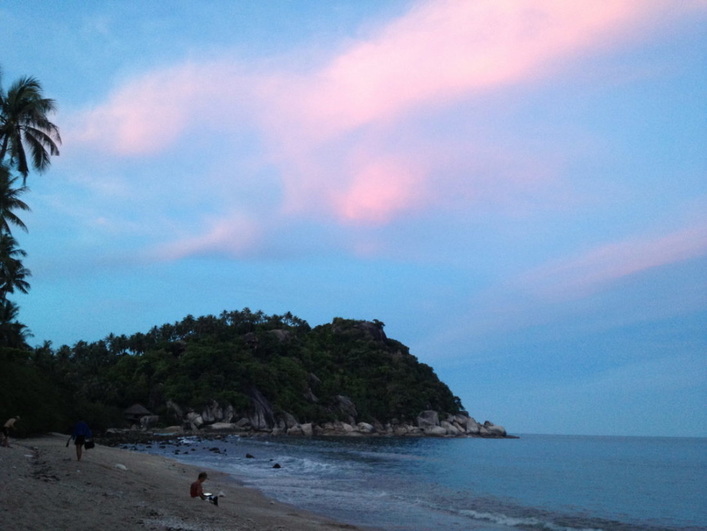 A look at Uniqueness.
​
Some years ago I was called by life to look more deeply into what is really playing out in the relating between two personalities. I found myself in maybe the most difficult relationship ever… and even though I wanted to end it many times, there was something deep down telling me that there is much more to see, and this brought the willingness to look deeper.

The Human Design system appeared in my life, which is known as ‘The science of differentiation’, and even though I was not at all interested in another system, I pushed it away yet it kept returning through different friends… as well as a clear call, then I went into it.

It is an amazing tool, so accurate without any doubt mind blowing, and showing the unique wiring of any particular vehicle. It uses the mind in its highest creativity and I found it to be aligned with sharp Awareness. The being who received this information, Ra Uru Hu, was also awake in the mechanics of the vehicle he was travelling in, which is very rare from where I look… a powerful being so obviously aligned.
​
Anyway, I came to see that what was playing out in this relating was greatly influenced by the wiring, plus conditioning, as well as the unconscious calling to come conscious. It showed me how some of it is true alignment and exactly how the rest of it works as conditioned existence, I mean the very details of how we condition eachother, take the other in and play out as a NOT SELF and what is needed to align to our True wiring that is then aligned to the correctness of the vehicle.

Sounds complicated uh? Yes and it looked like ‘too much’ for me to be even interested to understand it… yet life was asking that through me….

Today I cannot be more grateful for what I came to see through this miraculous system.

Each person carry’s a gift to bring through their expression on this plane yet it only really comes through with full power the more one is aligned to the correctness of their design.

A simple example, I am here in this vehicle to be invited as a guide, the gift I carry comes through when I am invited by someone who recognizes the gift. I am NOT here to initiate, so if I go about initiating then I am out of alignment and the energy moves from NOT SELF=EGO, so even if I can see (part of the gift of this type) where someone appears to be ‘stuck’ I cannot attempt to guide them without the energy of invitation…. If I do that I move out of my true gift as ‘life moving through me’ which has the support of the whole. If I just poke my nose in and start giving advice I am not in alignment and do not have the support of the whole and the play will reflect that to me in one way or another… as it does!

So this is just a simple example and there is so much more it goes deeper and deeper and deeper.  I started living consciously aware of how I move in the world through this information and I stay committed to always ‘wait for the invitation’.

The relating began to change when we both changed our language according to alignment, me not telling him ‘how to do’ unless he has asked and always asking him in a question rather than a direction. He changed his language to inviting me rather than pushing, a lot changed in that and I applied it to all relating and became more conscious in these aspects while working with people, the accuracy of the truth of our unique design was confirmed over and over very soon, it is now integrated in my way of being, (the little I studied and learned) and again that is a very tiny example yet makes a very big difference.
​
I came to see how the way that each one of us expresses our vision of ‘Awakening’ has very much to do with the wiring as well as conditioning, plus life experience. So although there are some generics that are agreed upon there are also as many unique views and ways to express so called Truth as there are vehicles.

It often happens that In the beginning of sharing ‘Truth’ many copy others words until they find their own voice coming through and it appears that many including myself look into past writings of famous sages for confirmations, I did that in my first years of integration too, reading a lot of Papaji which I ate, drank and digested until it became part of ‘me’ and somehow left a flavour that comes through this unique sharing yet so obviously we have to keep letting go of all that has been said before and come to know the voice we have never heard… and hear it for the first time as it rolls off the tongue. In my observation this starts to happen when we no longer need to rely on voices of ‘Authority’ that have greatly confirmed and guided us towards integration until no longer needed.

What is also so wonderful about those past voices of great Sages is the uniqueness we taste through them, each one has his/her own flavour… and then we totally trust this as a voice of Authority because we can smell, taste and experience the Truth in it in knowing that the words or pointers coming through are original to that expression and not parroted. For example it’s easy to see a huge difference in expression between Krishnamurti, Osho and Papaji, all have Indian conditioning but the sharing comes through a totally unique vehicle that has it’s own filters and View, Enlightened or not!

So the uniqueness of each individual vehicle has it’s own gift, it is in the mechanics and when you truly see that, then the idea that two beings should be saying or seeing the same or even agree completely falls away, it can also be easily seen why some resonate with others, and others make no sense at all, it doesn’t mean one is right or wrong or better… this again is a very simple thing but makes such a huge difference not only in human relationships but also in arguments ‘about Truth’!

So again, ANY person including Sage that has ever expressed his realization has spoken through the vehicle which is wired by particular mechanics plus conditioning, even if his realization is beyond body he/she still has to use the body to express, which has it’s own design… that in itself makes it a limited view, it is NEVER the whole picture!

It is good to see this, that the unlimited is limited while in form and so never take the expression to be the one and only True view, it is needed to open wider than our own view and therefore see that our view is ONLY our view even if it carries and points to Absolute Truth!

So that is just what I want to share about the unique wiring.Then there is life experience, it influences greatly what comes through us as Truth, whatever we have not known in our experience doesn’t exist and so then we tend to speak in a way that does not include that aspect and can even believe that our view is the One True View!

This again is unconsciousness.

For a simple example, if one person has grown up in a lifestyle that supported relative harmony, received nurturing in a loving atmosphere and not too many traumatic experiences then the body will be less scarred. On the other hand a being who has grown into a violent and dysfunctional energy field and lived through intense traumatic experiences over and over will be travelling in a body that is used to living in the ‘fight or flight’ sympathetic nervous system dominance.

Both awaken to their True Nature as the same Awakeness, no separation in THAT yet… the experience of integration will not at all be the same, it will be very very different.

The first one may say that ‘sorrow and despair no longer appear’ and for him/her that is the experience seen through a limited view of the particular unique wiring plus life experience. However, to hold that as a condition for a ‘Real’ confirmed ‘Awakening’ or as a criteria is extremely misleading!

This can keep ‘seekers’ seeking for that moment when sorrow or despair will never again appear… it may never be the case.

Those beings who have woken up in a body that has experienced a lot of trauma through life can easily feel far away from ‘Awakening’ and not be able to recognize Freedom according to that view….

Is this view any less True? Absolutely not.

So then, any holding to a particular view is limiting, including the ‘Awakened view’!

The body carries the life story and all that is unconscious is in the body memory, it doesn’t get erased just because Awareness is Self Aware, the body tells the story.

If you go for deep bodywork old memories from childhood or things that have been totally tucked away in the unconscious… can and do easily come up and come conscious. I myself received many years of bodywork and it was also my way to earn a living as well as loving my work for over 10 years.

A being who has Awakened to their True nature as Awareness still has all the memory working in the body and can continue to play out unconscious patterns. Even if there is no identification with these patterns they are still taking shape in the daily life in one way or another until they are conscious, only then a conscious choice appears.

That is just one reason why I say Awakening is Endless.

It is needed to keep a wide-open view and not hold to ANY particular view even if it is seen through Awareness… just as this article is being written by Awareness and comes through the filter of this body I travel in and is also effected by conditioning plus life lived experience.

It is a unique view among billions.

We do not need to try to be Unique… we do nothing for that, it is already the case by design.

Like a shining star in a galaxy within galaxies,
You Are Unique.
​
Dare to be YourSelf.
Return to Transcripts & Writings Menu